Hi!  I got my Accuquilt GO! cutter back as promised so that was good news.  I was told the gears had been damaged because of using 2 layers of flannel on the rag die, but I think the problem started back in January.  I didn't realize the tumbler die I had was warped, and part of the blade bent, and that got jammed, too.  I got the die replaced, and the machine still worked, so when the raggy die got stuck and I had to really work hard to get it out, I was upset.  Anyway, all is good now.

My QBFF (Quilty Best Friend Forever) Christine had somehow gotten an extra hexagon die, and gave me  one.  LOVE QBFF's!!  I really wanted to make something fun with this die, so I used my Accuquilt points and saved over $12 on the Equilateral triangles to use with it.  I played on Thursday, and cut out some 5" hexies and 2 1/2" triangles in some Patriotic prints I had.  I whipped up this runner and got it finished today, and listed it on Etsy.
http://www.etsy.com/listing/99245371/patriotic-quilted-table-runner-red-white

What a fun way to play!  Here are some pictures. 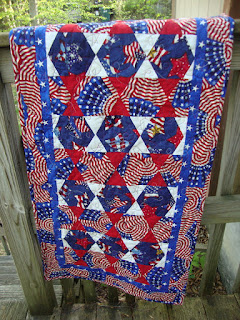 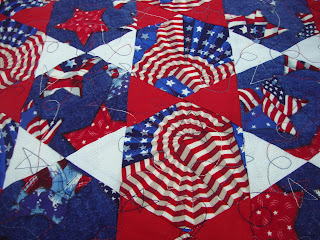 The hexagon is the print fabric, and the red and cream are the triangles.  It's actually eay to make.  I plan another one like an "I SPY" quilt.  I have lots of fun things for the hexi shapes.
I also had a chance to play with a new product by Edyta Sitar.  She's one of my favorite designers for Moda fabrics, and also a spokes person for Aurifil Thread.  And her quilts are A MAZE ING!!!  She mentioned something in March about having sample packs of her precut shapes called Silhouettes.  They are backed with fusible web, and laser cut, all ready to applique.  She wanted to know what we would do with them.  I want to make a laptop tote, and this will be the front pocket.  I still need to quilt it, but it's nice to know those beautiful floral shapes are not going anywhere until I get them stitched!  Silhouettes are a GREAT product.  I made the pinwheel shape and as I placed them, they actually stuck.  The fusible product they used has a sticky side that clings.  It keeps them in place until you decide.  Want to move it?  No problem.  It will stick again.  Then iron them and they are permanent.  Now to play with some Aurifil thread! 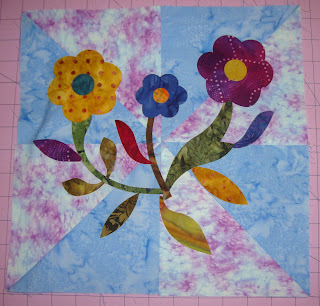 I am not sure if I had blogged about this, but I'm doing the Quilt In A Day Facebook challenge, too.  Each month they post a block for the Treasure Chest Quilt.  The next month, they take all the uploaded pictures and people vote for their favorites.  The Long Nine Patch was another fun block to make.  I think this is the 3rd of 4th month I was first getting them done! lol  I wonder if they will give a prize for that?? 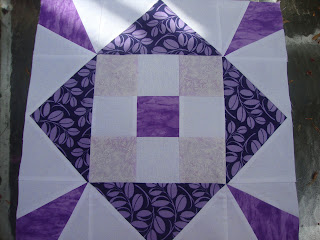 I also got a cool picture of The Supermoon.  The orbit of the moon brought it a little closer than usual to Earth, so we had a bright show last night.  This was taken with my basic point and shoot Sony Cybershot about 1:30 a.m. Sunday, May 6.  I thought it was a great shot with my 12.1 megapixel camera.  I used the night portrait setting and a little tripod and zoomed all the way it would go.  This is off the roof of my house, outside my bedroom deck. 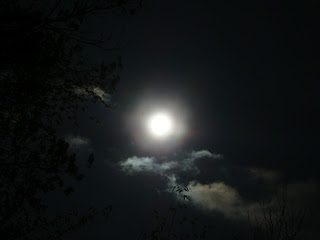 Oh, and the lilacs are blooming here.  I love how it smells in the evening.
It's been an interesting week, I think.
Posted by teachpany at 9:38 PM