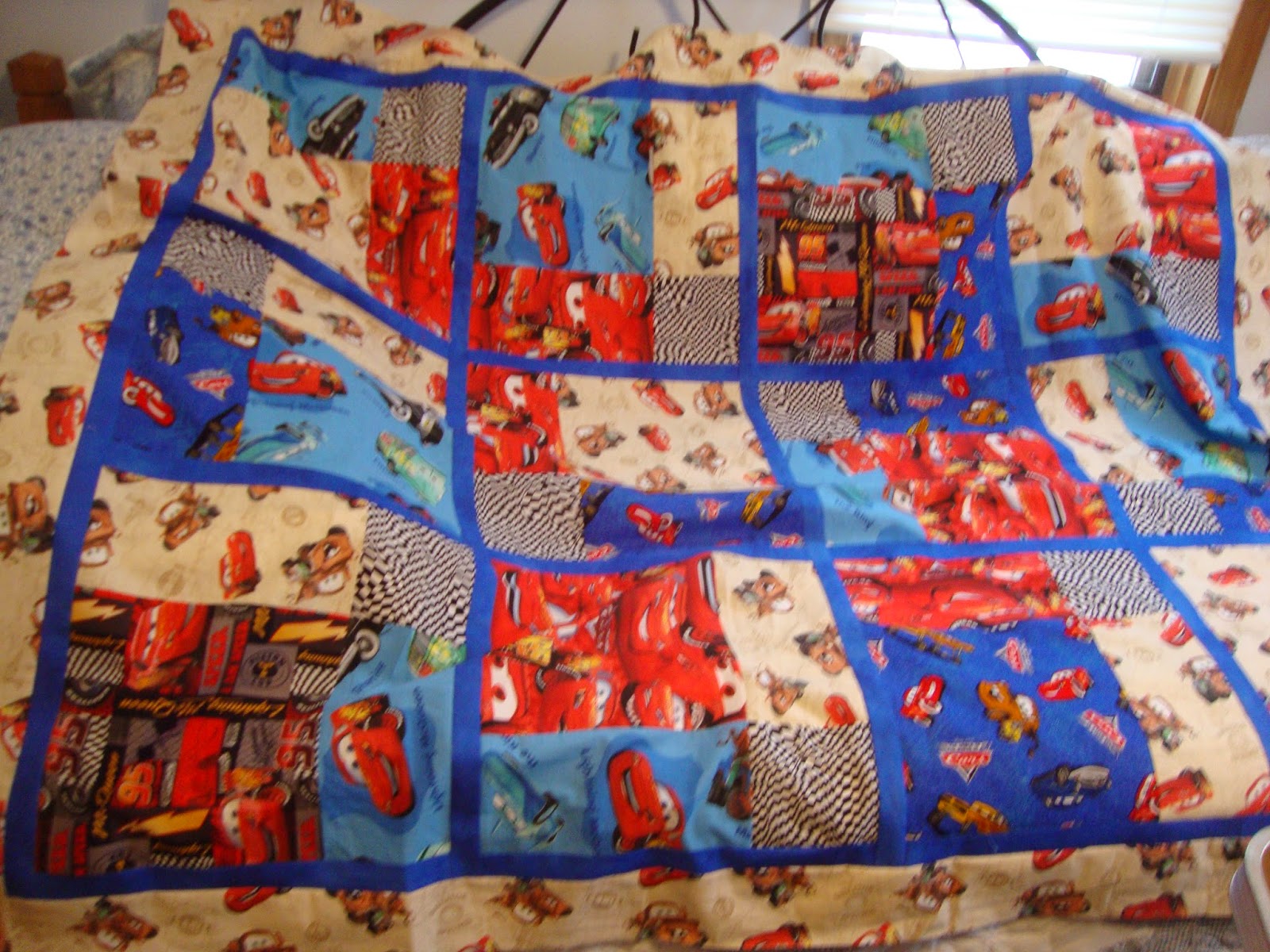 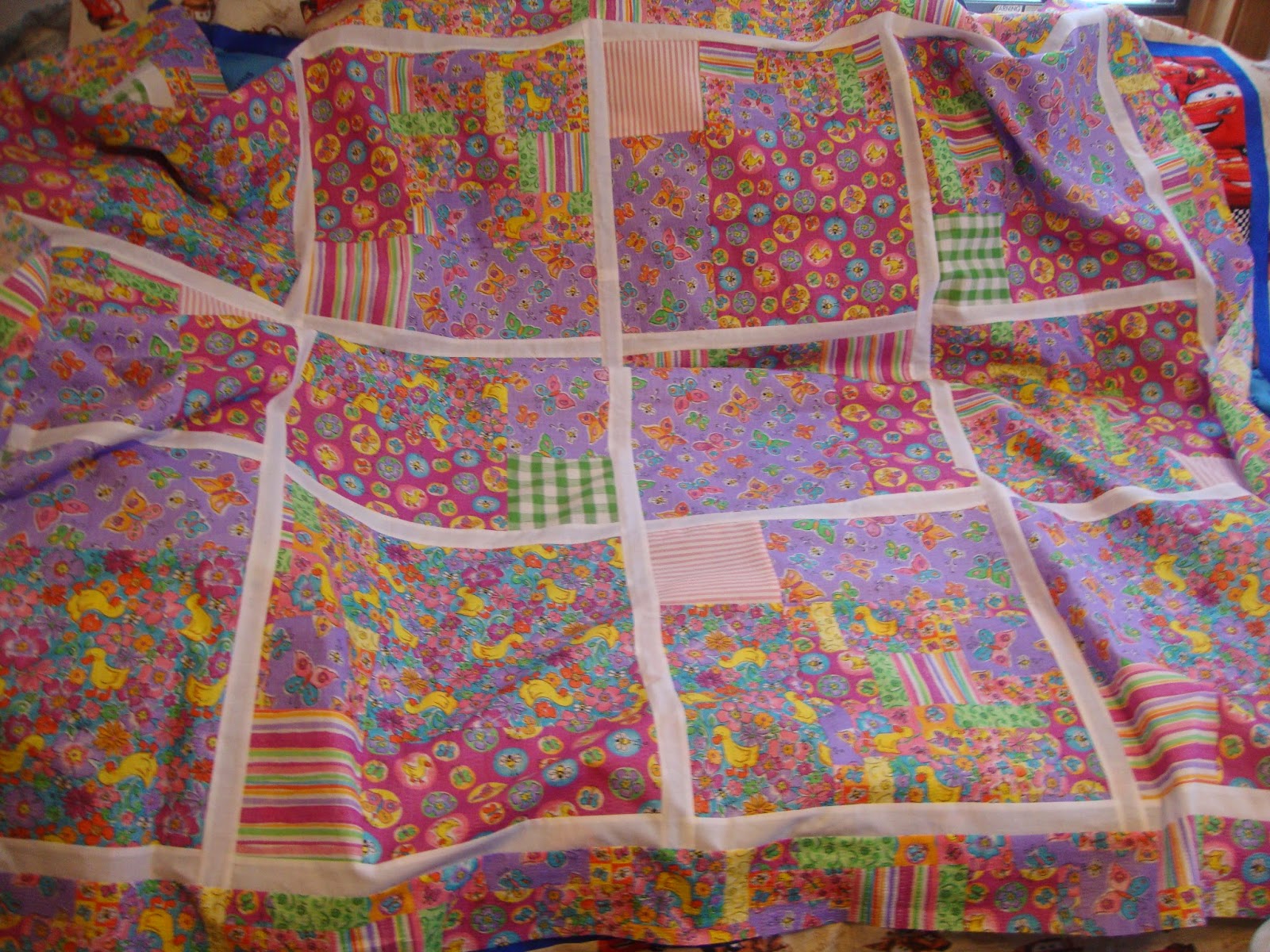 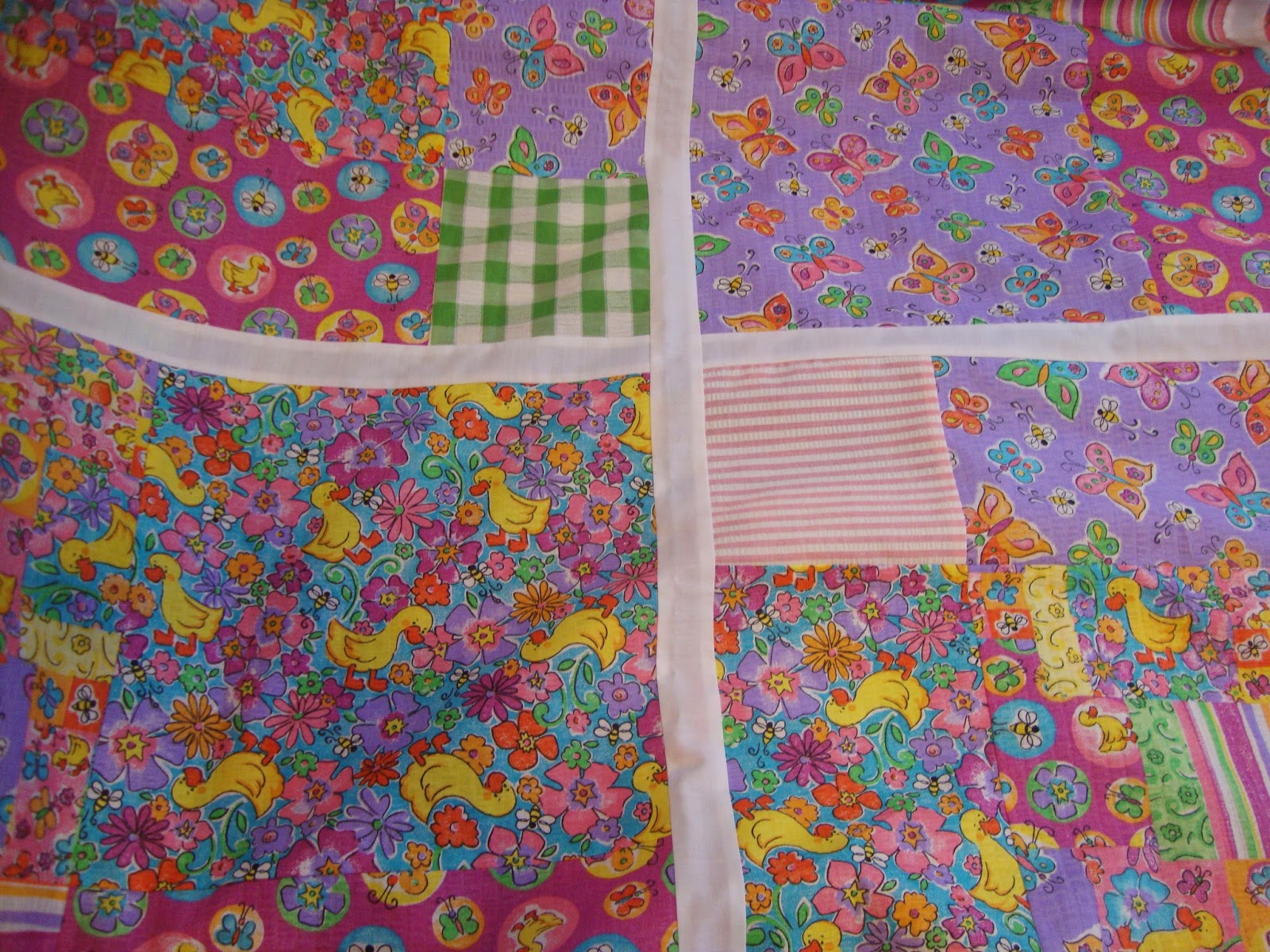 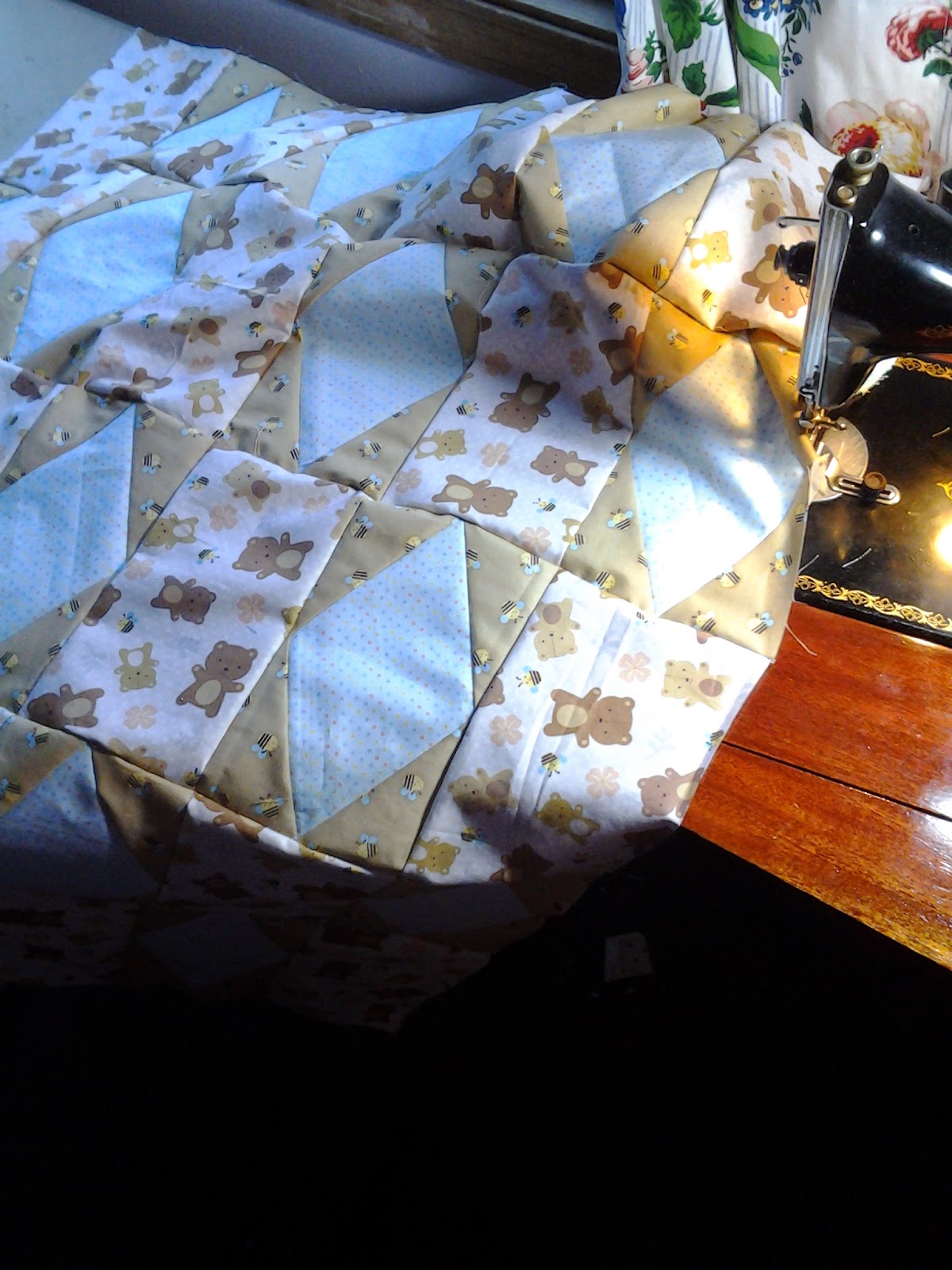 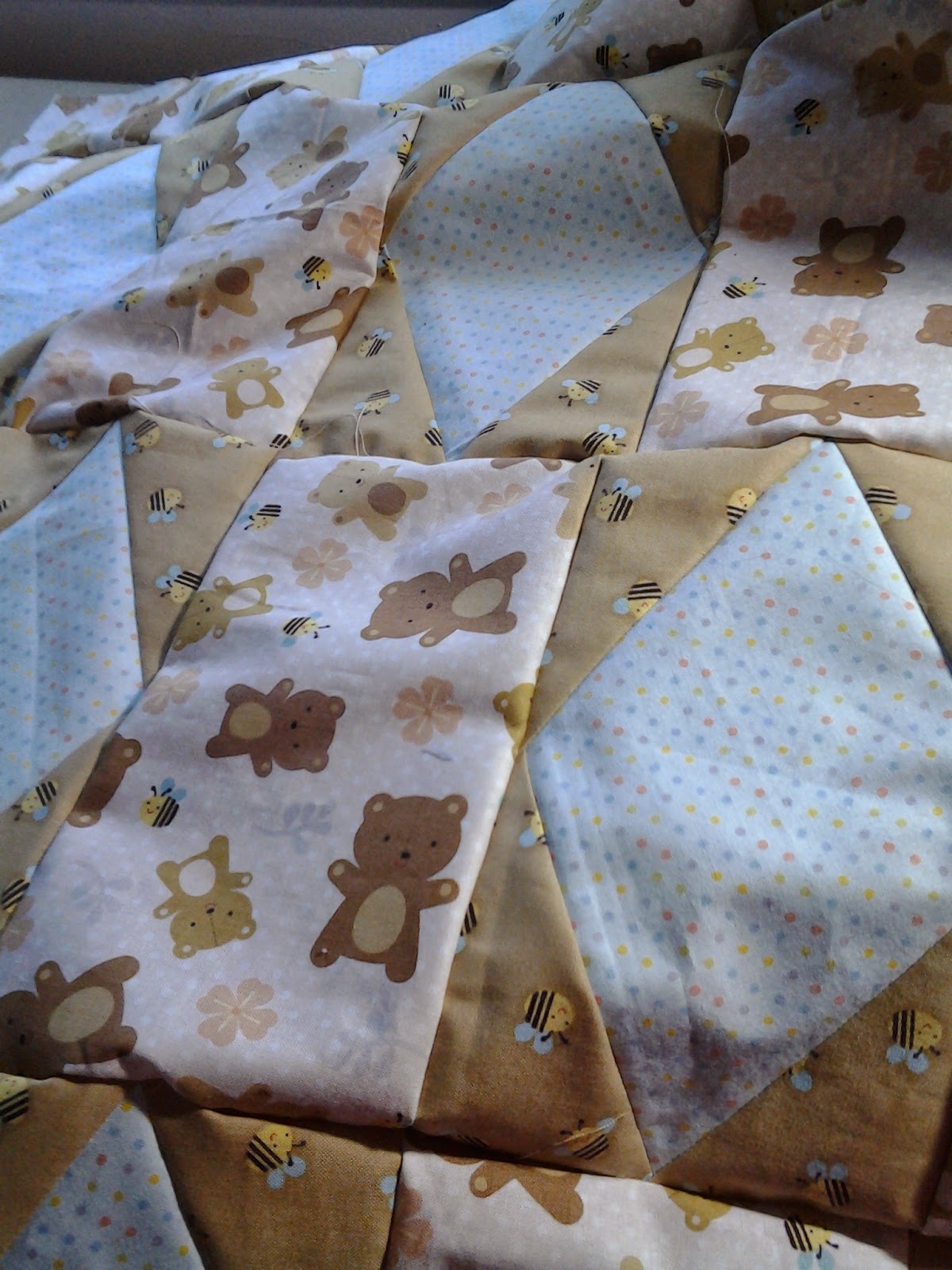 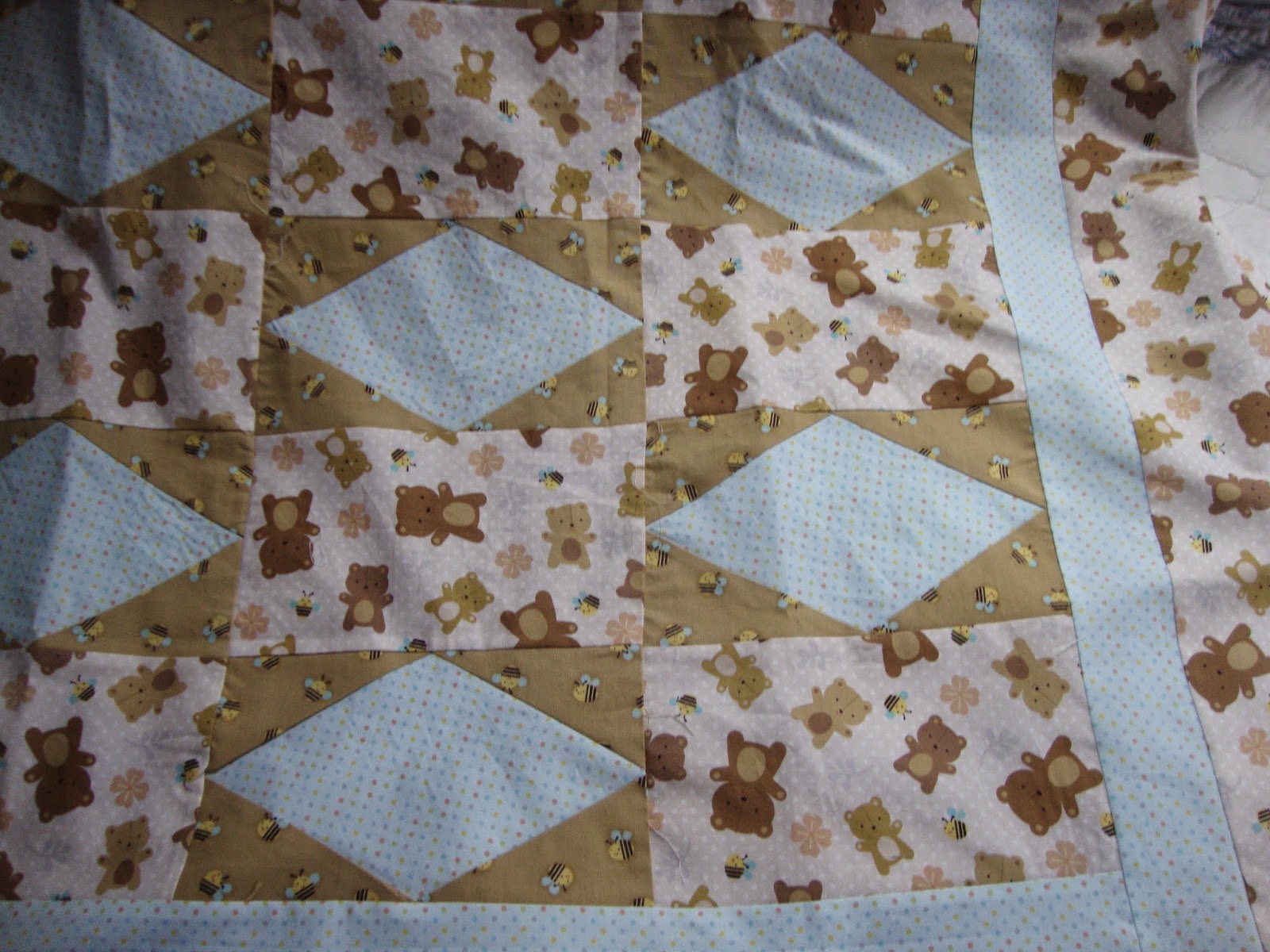 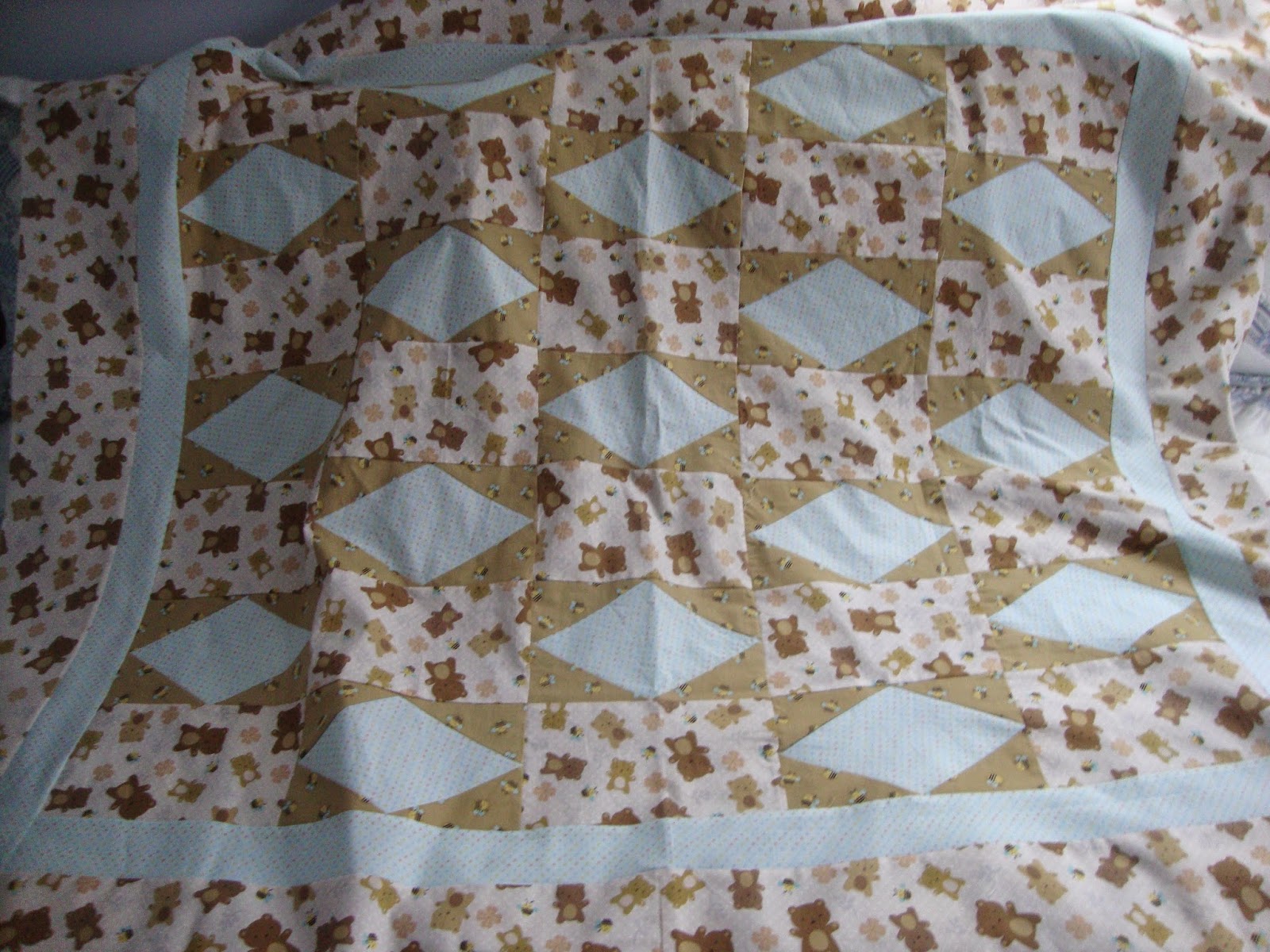 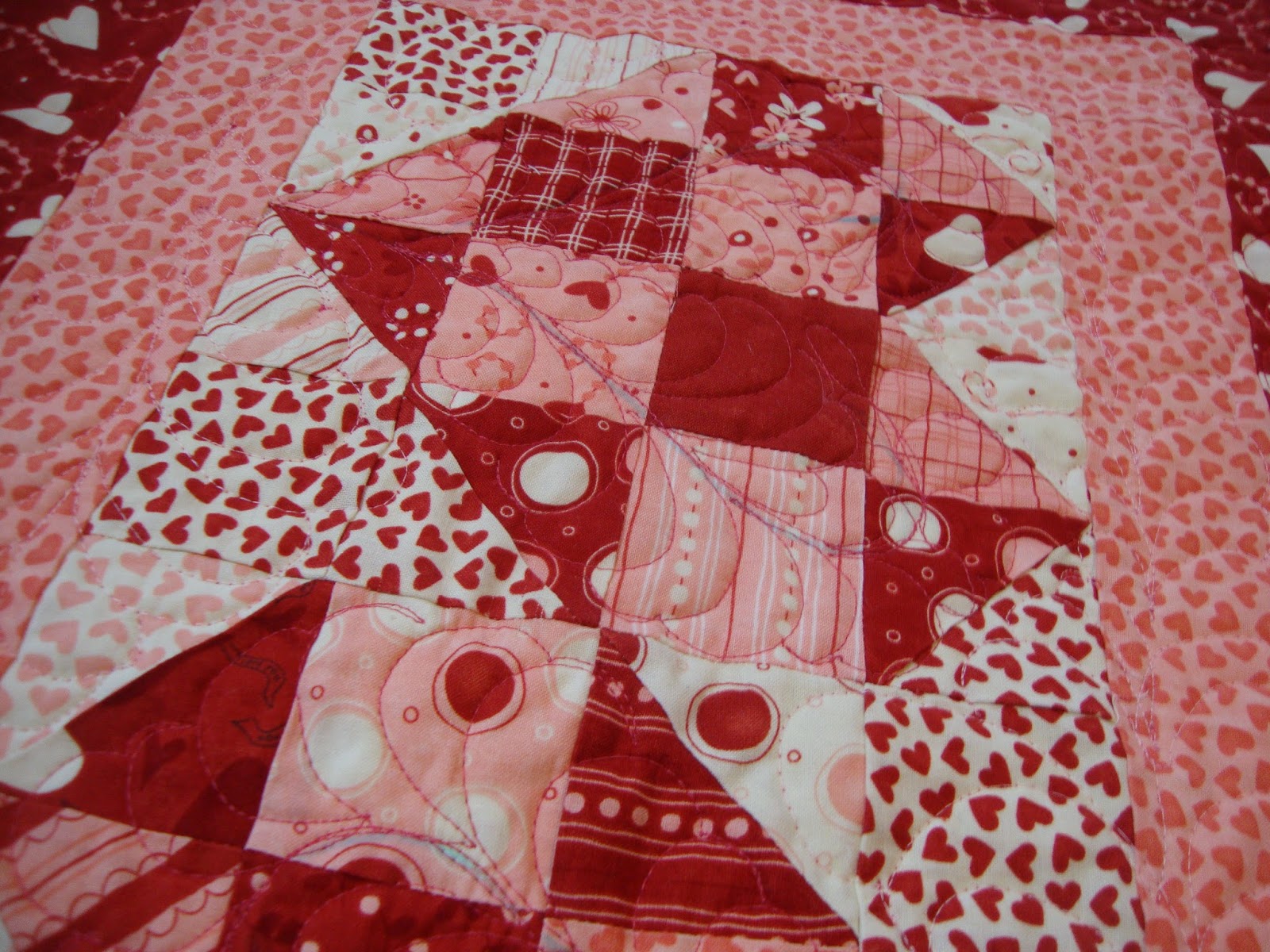 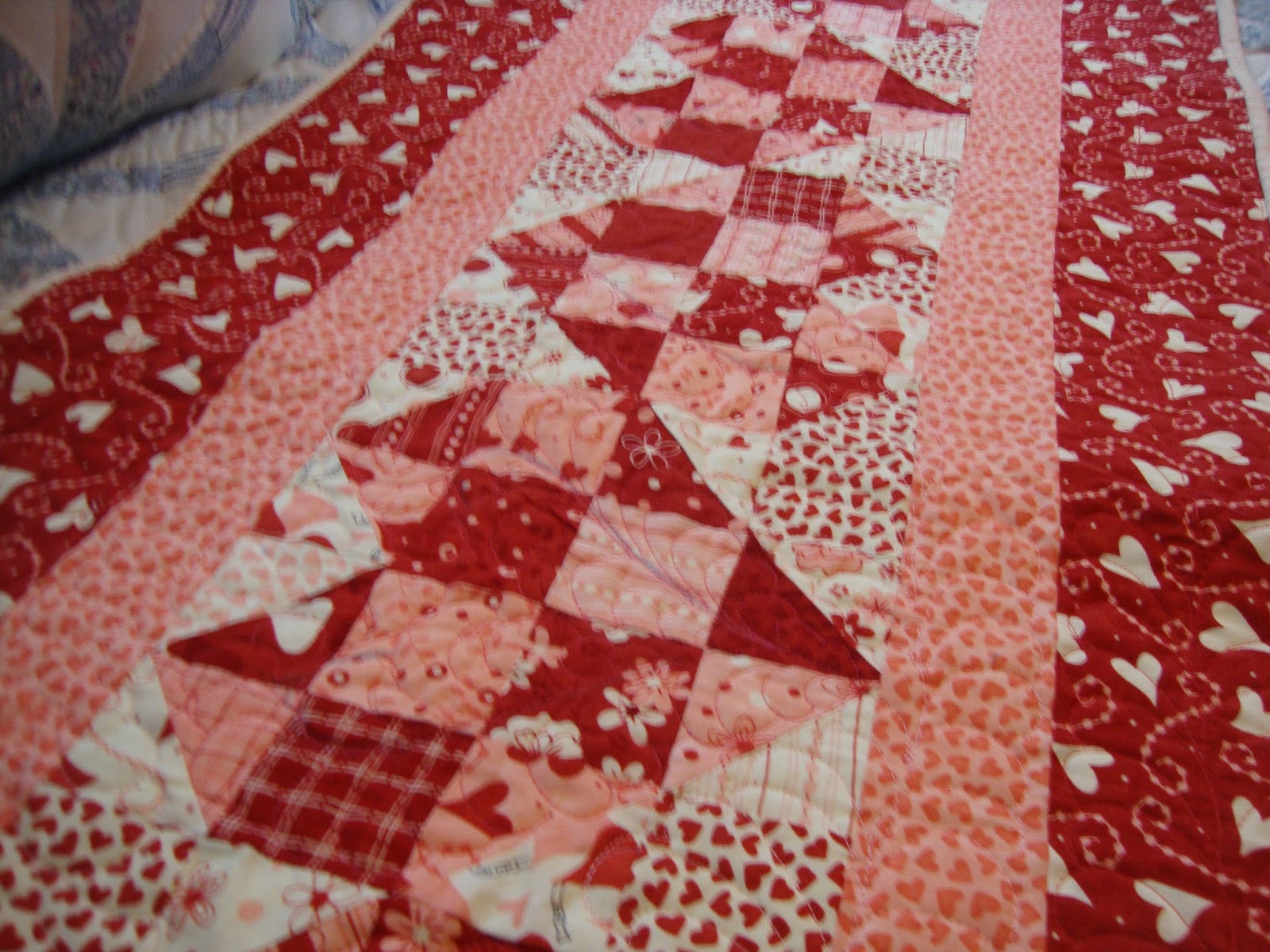 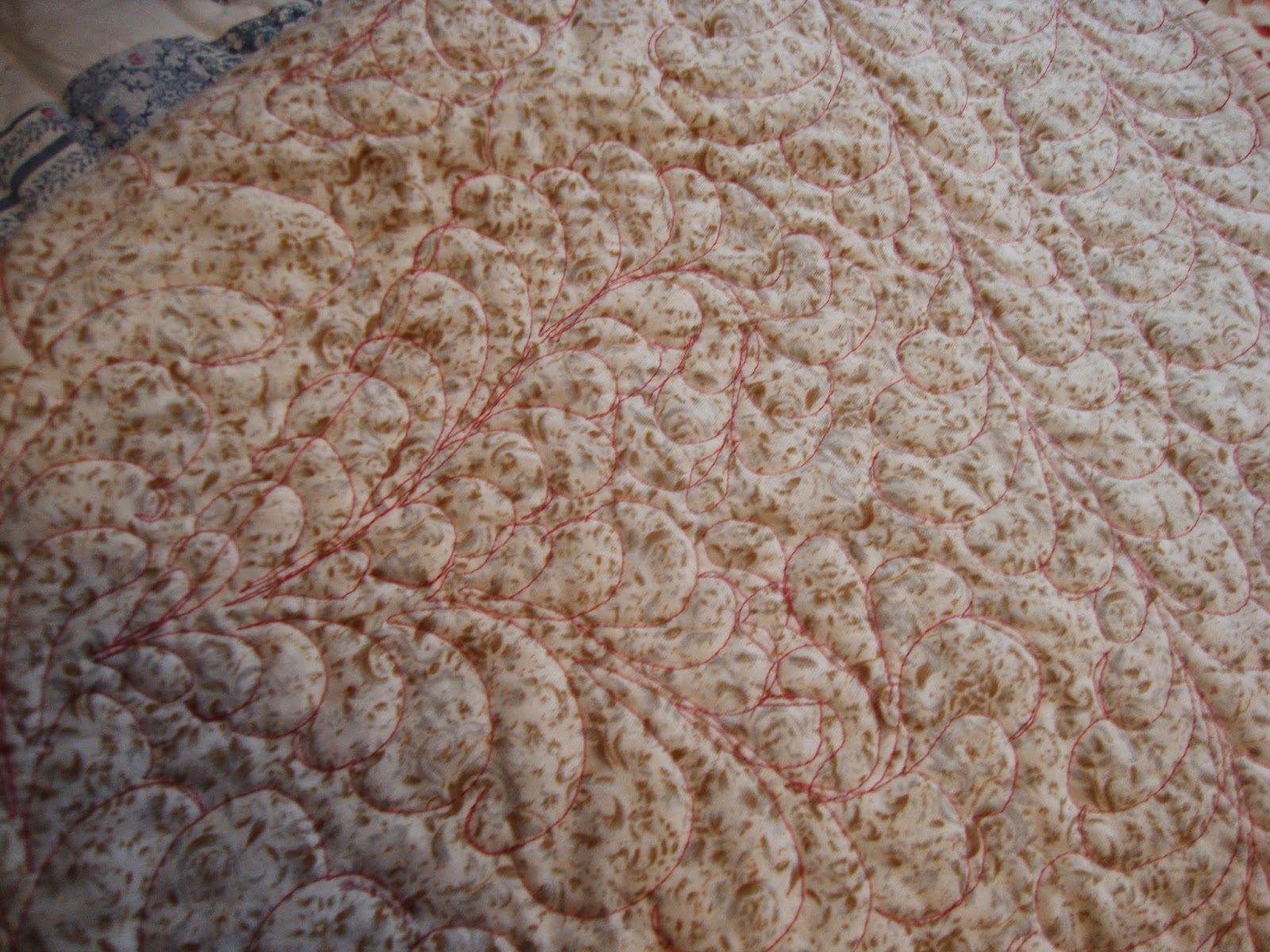 Maryellen
Posted by teachpany at 4:13 PM

Your quilting is beautiful! I am hoping to someday get to that point in my attempts. I enjoy seeing what you are working on, even if you do need to sleep sometimes. :)

Designs selected are perfect for these prints! Nice work, ME!

Beautiful! A quilt to be proud of, for sure!